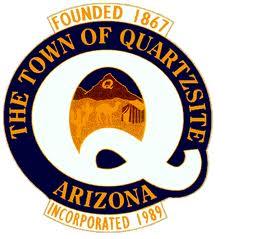 "In response to recent published propaganda:

Recently, Quartzsite Mayor Ed Foster and a few of his followers reported to the local, state, national and world news that I had imposed “martial law” on the Town of Quartzsite and that I had “ousted” him from office. In addition to this, he stated that the Town was under a “state of emergency”. Statements were made that there were more than 50 police in tactical gear controlling the Town.

I am sorry if it disappoints you, or any who might like to believe such outlandish propaganda, but none of these things occurred. They were all lies.

Mayor Foster was and still is the Mayor of Quartzsite. The Town of Quartzsite was never under martial law. While there was an emergency council meeting held, the Town was not and is not under a state of emergency as Mayor Foster has stated. The only time we have ever had 50 police in town is the day we had an officer shot in the line of duty.

His call to the media was an attempt to create hysteria and mayhem for the Town of Quartzsite and to stir the emotions of hate and discontent for local government.

Mayor Ed Foster and his group have made every attempt to shut done the government operation of the Town by soliciting people to inundate our phone lines, email and website. To date we have received hundreds of emails and phone calls, most of which have contained hate messages and threats, to include death threats.

These actions of Mayor Ed Foster and his group, is what I referred to as "domestic terrorism" in a recent coffee with cops gathering, and I stand by that statement.

However, I did not call the Oath Keepers, the Tea Party, the Sons of Liberty Riders or other groups “terrorist”. I am sure that most of the followers of these groups are civil law abiding citizens who would not participate in this type of activity or condone it.

I am certain that the “Quartzsite Liberty Festival” planned for August 27th and 28th will be a peaceful event and we welcome any visitors that are planning on attending.

But as we know all too well in this country, we often have lone individuals and sometimes groups that take a cause, any cause, and bring violence along with them. I hope and pray that none of the hate and discontent that has been spread leads to any level of violence, but I can't exclude the possibility that this kind of thing could occur.

I am sorry that these groups have been lied to and have been provided false information that has led to many negative comments about the Town of Quartzsite and myself.

The continued use of these libelous statements to the public and the followers of these organizations do nothing but take away the credibility of your views, beliefs and cause.

I would expect that any of these organizations would only want the truth as well.