La Posa Travel Management Plan Comment Period Extended
Yuma, Ariz. - The Bureau of Land Management (BLM) Yuma Field Office La Posa Travel Management Plan (TMP) comment period has been extended for an extra 30 days.
“The original closing date for comments is March 7, 2012, however, we have decided to extend the comment period so the public can have sufficient time to review the route designations and make their comments,” said BLM Yuma Field Manager John MacDonald.  “We analyzed approximately 1,700 miles of routes during our route designation process, so it is important for us to give the public the time needed to comment.”
Written comments about the La Posa TMP maps will be accepted until April 5, 2012.  Comments postmarked by this date will be considered in making the final decision.  The comments should be specific to be most effective.  Comments should be mailed to BLM Yuma Field Office, Attention:  Joe Raffaele; 2555 E. Gila Ridge Road; Yuma, Arizona  85365; or through email to BLM_AZ_YM_Trails@blm.gov.
The La Posa Travel Management Area surrounds Quartzsite, Arizona, and encompasses over 380,000 acres of public land in La Paz and Yuma Counties.
For more information about the La Posa TMP, please contact Jennifer House at 928-505-1263 or Joe Raffaele at 928-317-3238.
Posted by Quartzsite at 5:40 PM

Yesterday, the Arizona Republic published an article about the hot political atmosphere in Quartzsite. According to Arizona Republic's Reporter Dennis Wagner, "La Paz County Attorney Sam Vederman has asked the FBI to investigate "potential systemic corruption" involving municipal leaders. In a Jan. 3 letter obtained by The Arizona Republic via a public-records request, Vederman said he believes residents of the town are being "targeted for arrest and prosecution simply because they are in political opposition" to town officials." 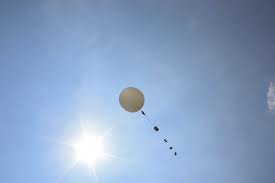 Science Class Will Launch Their Own Balloon
and Gather Information
Yuma, AZ - Professor of Geosciences at Arizona Western College (AWC), Christian Benker, Ph.D. and his Physical Geography class have been invited to participate in a project coordinated by the Near Space Research Organization. The team from Near Space Research Organization has prepared the launch for Saturday, February 18th at the Yuma County Fairgrounds. However, during the week leading up to launch the AWC students will be learning about the project and creating their own weather balloon data collection unit to launch.

The Near Space Research Organization will be conducting their weather balloon launch at the Yuma County Fairgrounds. Embry Riddle Aeronautical University has an instrument panel going up with that balloon. "They offered AWC the opportunity to send another one up at no cost," commented Christian Benker, Ph.D, Professor of Geosciences at Arizona Western College. "Only thing the students will have to do is put in a couple of hours to rebuild the data collection unit from a previous crash under."

Under the direction of one of their supervisors' weather balloon data collection unit will be re-assembled. The students will then be able to send their own data collection unit with the Near Space Research Organization balloon; collecting atmospheric data from it as it drifts. The students will also watch launch and even "chase" after the balloon.


Friday, Feb 17th from 10:30am-12:30pm- in AS 108-- Build team will view presentation by Jack Crabtree and Bob Shipton from the Near Space Research Organization and under their supervision build the data collection unit for the weather balloon

**The balloon could drift as much as 100 mile radius and we will be tracking it from ground and attempting to locate data collection unit (or "payload") upon crash.**

Wednesday, February 29th @ 1:40pm in AS 108--The post-data team will interpret data collected. Students will present what data we gathered and its interpretations in class.
Posted by Quartzsite at 4:38 PM

Check out the L.A. Times article celebrating the Arizona Centennial.

Chris Reynolds also posted a cool video, "Arizona in 100 seconds" which shows some gorgeous scenery and people of Arizona.

Below is a copy of one version of the fake email. 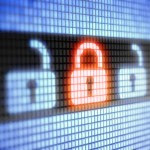 There are other similar versions also being sent to people.

"Hello,
In our continuing effort to guarantee that correct information is being sustained on our systems, and to be able to grant you better quality of service; INTUIT INC. has participated in the Internal Revenue Service [IRS] Name and TIN Matching Program.

We have found out, that your name and/or Employer Identification Number, that we have on your account is different from the information provided by the SSA.

In order to review the information on your account, please enter the site.
Best regards,

If you received the email:

For current Quartzsite events and updates be sure to visit
Desert Messenger Facebook Page.
LIKE US and get notices in real time!﻿﻿﻿
﻿﻿﻿
Comments are welcome on Facebook.
CLICK HERE to visit Desert Messenger Facebook Page
Be sure to play nice and follow the guidelines listed under "Info"
on the Desert Messenger Page.
NO swearing, name calling, intimidation, etc.
Cyberbullying and Harrassment will not be tolerated.
Exercise your free speech, however, those with hidden Facebook IDs are not allowed to post.
If you want to speak, please take ownership of your words,
as in the days of the founders of the U.S. Constitution,
when people actually spoke face to face.

I encourage you to be an example for our children
who are learning the
Six Pillars of Character:
"Before you start pointing fingers...make sure your hands are clean" - Bob Marley

Quartzsite, Arizona - According to a Press Release issued January 27th by Quartzsite Town Manager, Alex Taft, the town did not fire attorney Michael Frame as public defender, as previously reported online.  [Editor's note: this press release was not reported on by Desert Messenger earlier, due to time constraints and deadlines. I apologize for the lateness.] The following is the press release:
TOWN OF QUARTZSITE

Because Michael Frame’s contract with the Town had lapsed, the Town believed that it was in an implied month-to-month contract with Frame. When Frame increased his rates without giving a month’s notice to the Town, the Town realized that either its belief that it had a month-to-month agreement with Frame was erroneous or that Frame was intentionally breaching the month-to-month agreement by raising his rates without providing proper notice. In either event, the Town elected to follow the June 28, 2011 guidance from the Council and cease using Michael Frame as an exclusive public defender and to make appointments using the Superior Court’s appointment list while the town continued searching for a qualified public defender in search of a long-term agreement.

The decision by the Town Council to use the Superior Court’s rotation list was made by a unanimous vote of the Town Council, including then-mayor Ed Foster, and preceded the hiring of Martin Brannan as the Town Attorney and was not influenced by Brannan in any way. The decision to cease its perceived month-to-month contract, which was either perceived in error or breached by Michael Frame, was made solely by the Town Manager and was not influenced, in any way, by Brannan."
Posted by Quartzsite at 2:20 PM

State Route 95 will be closed between California Avenue and Riverside Drive in Parker on Saturday morning for local event
Motorists will be detoured during special event
Due to the annual Parker 425 Off Road Race, State Route 95 will be temporarily closed between California Avenue and Riverside Drive on Saturday (Feb. 4) from 7 a.m. to 9:30 a.m.
Detour signs and law enforcement will be on-site to direct motorists around the race. Drivers are reminded to allow extra travel time and proceed through the area with caution.
ADOT works to inform the public about planned highway restrictions, but there is a possibility that unscheduled closures or restrictions may occur. Weather can also affect a project schedule. To stay up-to-date with the latest highway conditions around the state, visit the ADOT Traveler Information Center at www.az511.gov or call 5-1-1.
For more information about this project, please contact Senior Community Relations Officer Gabriella Kemp at 928-317-2165 or gkemp@azdot.gov.  Local media should contact the ADOT Public Information Office at news@azdot.gov  or 1.800.949.8057. Visit www.facebook.com/azdot or www.azdot.gov for more information about ADOT. For more information about ADOT projects and programs across Arizona see the agency's latest blog posts at http://adotblog.blogspot.com.
Posted by Quartzsite at 10:52 PM

The proposed project would use concentrating solar “power tower” technology to capture the sun’s heat to make steam, which would power traditional steam turbine generators.

The solar power facility would include a 653-foot tower, which would be the receiver of energy reflected from solar fields. The solar fields are made up of heliostats, which are a collection of mirrors. The project would also include a thermal energy storage system.

The BLM and the Western Area Power Administration, a Department of Energy agency, are working jointly to prepare the EIS.

In addition to evaluating whether to allow use of the land, the BLM is evaluating a proposal to amend the Yuma Field Office Resource Management Plan, which was adopted in January 2010. The amendment would change the visual resource management class for the proposed site to a category that would allow construction of a tower.

The proposed project and the proposed plan amendment are considered in the draft EIS and are open to public comment.

The public can comment on the draft EIS by mail or by email.

Email comments can be sent to: QuartzsiteSolarEIS@wapa.gov

Information from comments, including addresses, phone numbers and email addresses, may be made public at any time. We cannot guarantee that requests for withholding information will be honored.

Information on the project and a link to the draft EIS is available on the BLM Arizona web site at http://www.blm.gov/az/st/en/prog/energy/solar/quartzsite_solar_energy.html .

Information on the BLM’s role with the project is available from Eddie Arreola, Supervisory Project Manager. He can be reached at (602) 417-9505 or earreaola@blm.gov.
Posted by Quartzsite at 9:21 PM

Yuma, Arizona (February 1, 2012) – Anna Camacho has been appointed to the Arizona Western College District Governing Board. She was sworn in by County Superintendent Janice Shelton on February 1, 2012. Camacho fills the vacated board seat held by Pam Stroud who served the District since August 1, 2001 and resigned December 31, 2011. Camacho will serve the remainder of Stroud’s term which ends December 31, 2012. The appointment becomes effective Monday, February 6, 2012. The position will appear on the General Election Ballot in November 2012 as a regular six year term.
When there is a vacancy between elections, pursuant to Arizona Revised Statute 15-1441 Section E, Janice Shelton, the County Superintendent of La Paz, has authority to make an appointment or call for a special election.

Shelton stated that Camacho will represent District 2 which, according to the redistricting, now includes precincts 54 (upriver), 56 (Wenden), 57(Salome), 58 (Quartzsite), 62 (Vicksburg), and 63 (Alamo). Shelton feels confident that Camacho will be a good representative to the Arizona Western College District Governing Board and wishes her well in representing District 2.

Dr. Glenn E. Mayle, President of Arizona Western College, stated, “I appreciate the past service and contributions of Pam Stroud and look forward to welcoming Anna Camacho to our board.”
Posted by Quartzsite at 8:21 PM

"The DPS’s Access Integrity Unit commended the Quartzsite Police Department for its continuing efforts to comply with federal and state requirements. The only recommendation the Access Integrity Unit made was that our new System Security Officer be provided with training at the DPS compound in Phoenix. This training has been scheduled.

"I am proud of our staff’s efforts to comply with DPS and to maintain our agency’s high standards. We strive to not only meet but to exceed the standards required of law enforcement by state and national agencies."

Chief Jeff Gilbert
Posted by Quartzsite at 6:35 AM