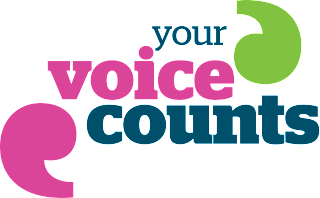 Parker— The State Board of Education’s Standards Development Committee will be holding a public input meeting on Arizona’s Mathematics and English Language Arts Standards in Parker, Arizona, on November 10, 2015.

In March 2015, Governor Ducey tasked the State Board of Education with reviewing Arizona’s Math and English Language Arts Standards in order to ensure that the standards are vetted, approved and controlled by Arizona, and that they are the best for Arizona’s students.

In April 2015, the State Board of Education established the Arizona Academic Standards Development Committee to oversee the development of Arizona Mathematics Standards and Arizona English Language Arts Standards.

As part of the standards review process, county superintendents across the state will be hosting public meetings to allow for feedback to the Standards Development Committee on the current academic standards.

WHAT: Public Meeting on Arizona’s K-12 Math and ELA Standards

Posted by Quartzsite at 6:37 PM

by Joanne Winer
The new Quartzsite-opoly game, which is a custom version of Monopoly that highlights our home town just arrived in Quartzsite. To kick off the brand new game there will be a special Game playing event held at the Quartzsite Community Center at the end of Chandler Street on October 24th. Doors will open at 2:30 pm, so come and get your seat early.  Admission is only $10 per person. All funds raised will benefit the Quartzsite Business Chamber of Commerce. Players will also get a raffle ticket and at 6 p.m. games will be given away to winning tickets. You will also be able to purchase the games at the event for $25.
This game was the idea of Kym Scott of Tyson Wells Enterprises, who has long been a supporter of many organizations in town to help them raise funds to keep going. He wanted to help the Quartzsite Business Chamber by creating something that could be sold retail or wholesale, and loved the idea of this game. He got all the advertising raised, designed and created all the game pieces and cards, and even the game board and cover ideas came from him. What a tremendous job!!  We saw the prototype, and it was fantastic!!  Some of the game pieces include a saguaro, a miner, a camel, an ATV and other items specific to this area.

The Monopoly Game has been around since the first mass-produced games were made in 1934 in America by Parker Brothers, The games that were manufactured and put together in England were made at the Waddington facility, a place that had perfected the technique of printing on silk. During the 2nd World War, the British government approached the Waddington facility and asked them to create a way to hide silk maps and tools that could be put into the games going through “charities” to the POW camps and the allied prisoners of war. Every special game in the shipment had a secret mark on the box that was sent with a load of games for the prisoners--the Nazis figured letting them have games would keep them happy and they wouldn’t create problems from the boredom.

Each specially marked game would have a playing board that was twice as thick as the others, with secret compartments cut into them to hold a compass, metal files, coded messages, local currency and a silk map (so it wouldn’t make a noise when opened) All they had to do was peel off the coating on the board, and underneath was their help for escape--and over 35,000 allied POWs used this game to make their way out of the POW camp and back home again!! I had never heard of this until recently, but it sure makes the game a little more interesting. After they took out their maps and tools, they destroyed the games so no one would know about this very secret effort. It is not known if any of these special games were ever known by others or if any are still around--probably not.

That piece of history is well known on the Internet and TV, and just makes you want to play even more. Be sure to come out to the Community Center on October 24 and see this great new game and take a chance on winning one during the raffle, which will be held at 6 p.m.  You may also buy the games at this event for $25. each. The Quartzsite Business Chamber will be selling them at the office at 101 W. Main Street. Advertisers and other businesses can buy the games at wholesale to resell, too.

Refreshments will be provided at the Game Night. It is hoped to get lots of people to come and play with it and see what it is all about. Hope to see you there! For more information, please call the Quartzsite Business Chamber at 928-927-9321.
And, thanks again, Kym Scott, for all your support!

Posted by Quartzsite at 4:41 PM