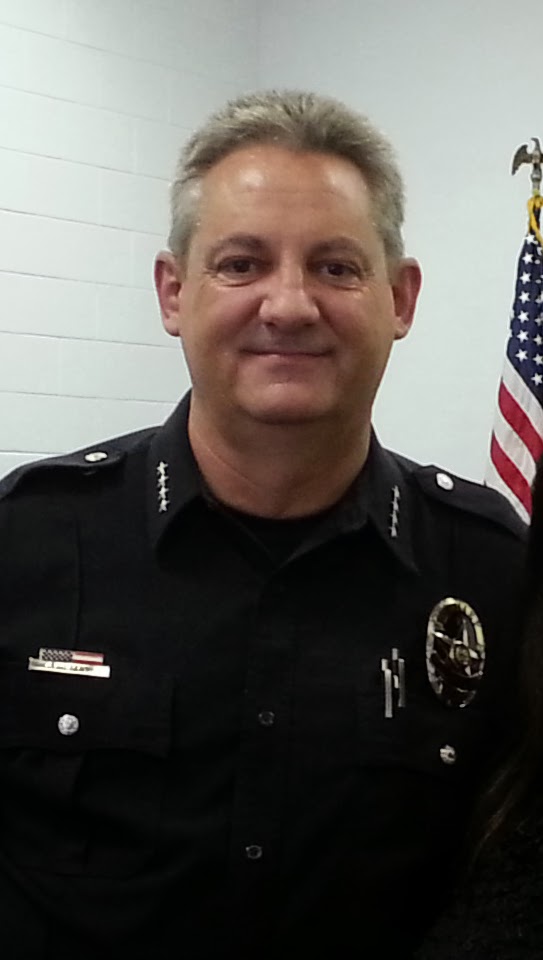 By Shanana Rain Golden-Bear
Publisher Desert Messenger
Quartzsite, AZ - Tuesday, October 22, 2014, Town Council voted to terminate the contract of Quartzsite Chief of Police Jeff Gilbert. Council members had been attempting to terminate Gilbert for many years, and recently the efforts escalated. Council returned from a long executive session and terminated Gilbert's contract "Without Cause" and will "provide severance as provided by the contract." No explanation was given to the public, however, Council Member Mary Scott said, "The Town is going in one direction, and the Chief is going in another." After the vote, Gilbert addressed the council and the public saying he was grateful for the support of the community for the past eight years. The Council denied the public to comment on their decision.
Former Quartzsite Chief of Police Jeff Gilbert
Photo by Shanana Rain Golden-Bear
Desert Messenger

Gilbert became famous in June 2011 when 80% of QPD officers filed a vote of "No Confidence" in his leadership. The majority of those officers were eventually terminated by former Town Manager Alex Taft, and are still in litigation with the Town. In 2010, Mayor Ed Foster initiated several complaints against Gilbert. Town of Quartzsite administration ordered an investigation by Jackson Lewis, LLC, which has since been made public online: http://www.epageflip.net/issue/37347.

When the video of local activist Jennifer "Jade" Jones being forcefully removed from a council meeting went viral in July 2011, Quartzsite received attention from around the globe. Shortly thereafter, Mayor Ed Foster, who had been censured, announced to media that the Town was under "Martial Law" and that Gilbert was "running the town". Foster's 2010 mayoral campaign was based on promises to "get rid of the Chief." Foster was ousted by voters in a recall election in 2011, but regained his Mayoral position in 2012. Foster spearheaded the attempt to oust the Police Chief for many years by filing more complaints with state agencies.

UPDATE: In an interview with Arizona Republic's Dennis Wagner, "Gilbert said his ouster was orchestrated to cover up an inquiry he launched into Town Council members for allegedly releasing confidential police documents.

On August 8, 2013 Council Member Mark Orgeron submitted two requests to Bruno requesting agenda items to be placed upcoming meetings; for the August 13th meeting Orgeron wanted "to define the office hours of the police department as well as when phones should be routed to central dispatch." Council held a lengthy discussion on this procedural matter. Planning ahead for the September 10th Town Council Meeting, Orgeron wanted to "recruit and hire an Interim Chief of Police," but this item did not appear on the meeting's agenda to be discussed.

Disagreements became evident during the September 24th council meeting. Bruno, Gilbert, and Town Attorneys disagreed about the proposed Police Policies which requires officers to video ALL contacts with citizens. Gilbert argued for the officers to able to use their professional judgement. Council approved the new policies with minor changes to read, "In the event a citizen requests that they not be recorded, the officer shall take the request into consideration." Citizens expressed their disagreement with their decision. Evidently, negotiations with Gilbert were already underway, as Council then went into executive session to "consider its position and instruct its attorneys regarding the Town's position regarding the contract with Police Chief Jeff Gilbert that is the subject of negotiations." Council took no action at that time. 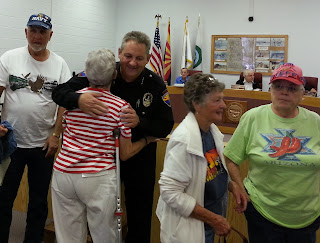 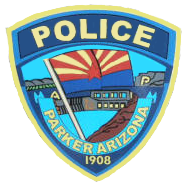 Parker Police Department would like to take the time to remind parents to speak with their children about "Stranger Danger".

Within the past 48 hours there have been two separate unrelated incidents of attempted child abductions. The first incident occurred on October 22nd at approximately 6pm. A male subject driving a dark blue or black sedan similiar to a Chevrolet Lumina, grabbed a young girl by the arm and tried to get her into his vehicle. The male subject is described as dark complected, with wavy hair. The girl was able to get away without further incident.


The second incident occurred on October 23rd between 1pm and 3pm. A young boy was walking home when he was approached by a male subject driving a white van. The subject asked the boy several times if he needed a ride then left after the boy continuously told him he didn't. The male subject is described as white with a dark tan, short dark hair, older than 45 and clean shaven.


Parker PD would like to commend both children for their actions.


Please talk to your children regarding both of these incidents and remind them if they're walking home to walk with a buddy. If they are approached by someone who is trying to lure them into their vehicle, their safety is the main concern. They obviously should not get into a vehicle with someone they do not know.


In the event the unthinkable occurs they need to yell, kick and do anything that will bring attention to them and get to the nearest house for help. If your child rides a bicycle a good idea is for the child to hold onto the bike if someone is physically trying to grab them. It is much more difficult for someone to pull a child into their vehicle while they're holding onto a bicycle. Please contact ANY law enforcement agency to report any child abduction or suspicious contact your child may have with an unknown adult.

Posted by Quartzsite at 7:54 PM

PHOENIX (October 1, 2013) – Arizona is ramping up its efforts to recruit senior volunteers for its statewide Senior Medicare Patrol (SMP) project. Arizona's SMP project is part of a nationwide Administration on Aging (AoA) initiative that enlists retired and semi retired senior volunteers to combat Medicare fraud by educating and counseling beneficiaries to be alert and aware of scam activity.

"There are no exact figures on the cost of health care fraud in the United States, but annual losses are billions of dollars each year by all estimates," said Patricia Gonzalez-Emblem, SMP director for the Arizona Department of Economic Security's Division of Aging and Adult Services. "Medicare fraud comprises a significant portion of the dollars lost because seniors are such a vulnerable target for scams."

Through education and outreach, Arizona's SMP volunteers help Medicare are helping to crack down on scam artists, doctors, medical equipment suppliers, hospitals, prescription drug companies and others who seek to profit by preying on our state's vulnerable senior population.

SMP volunteers receive a 30-hour training that covers the patrol's mission, Medicare basics and how to recognize Medicare fraud and abuse and what to do about it. After completing the training, they are well equipped to disseminate information to Medicare beneficiaries, family members, caregivers, social service professionals and others within their local communities. SMP volunteers are then matched with opportunities that meet their skills and areas of interest, whether it's conducting outreach through group presentations, exhibiting at community events, answering calls to the SMP help lines, or one-on-one counseling.

"Face-to-face interaction is the most effective way to reach seniors with this information, which is why we need volunteers in communities throughout Arizona," said Gonzalez-Emblem, SMP director for the Arizona Department of Economic Security’s Division of Aging and Adult Services (DES / DAAS). "Hispanic seniors are particularly vulnerable and comprise a sizeable percentage of our state's population, making bilingual volunteers vitally important to our recruitment process."

Arizona currently has 120 volunteers conducting statewide outreach, however many more are needed to keep up with our state's ever growing senior population.

Protect, Detect, Report is the mantra SMP senior volunteers teach to help Medicare beneficiaries proactively protect themselves against fraudulent, wasteful and unethical healthcare practices. Through one-on-one counseling, SMP volunteers teach beneficiaries skills that will help prevent fraud and abuse from occurring in the first place, such as: how to treat their Medicare number as they would their credit cards; how to use a journal to track medical services and healthcare instructions; how to read their Medicare benefits statements; and how to get answers to billing questions.

Nearly 4,500 SMP volunteers are recruited and trained every year to provide outreach and education in every state and many U.S. territories. Since the SMP project was initiated in 1997, more than 27 million people have been reached through community presentations, more than 5 million beneficiaries have been educated, and more than 30,000 volunteers have been active. The program is attributed with saving taxpayers, Medicare and Medicaid beneficiaries $106 million.

Posted by Quartzsite at 1:12 PM