How can Quartzsite become a Healthy Community?

Every citizen in the United States has Constitutional rights,


not just those who complain and
holler the loudest!
What are we doing to create a healthy community?
Since Foster became mayor in May, 2010, there have been some serious changes to our council meetings and at Town Hall. These changes did not take place all at once, but were gradually added in response to situations caused be a few. These include, but are not limited to:
This was a gradual shift from being an open, community-minded meeting to what we have today. Because of the actions of a few, many people are suffering.
This is not what a healthy community looks like to me! 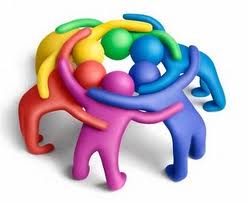 So...What is a Healthy Community?
According to the World Health Organization
(WHO Europe, 1986) the following are a set of eleven key components that together make up a healthy city:
I look forward to some positive discussions. I've about had all the finger pointing and blaming I can stand! I read all those posts telling me what is inside my head, and how I think this and think that; and threaten me with potentially harmful actions. This is just nuts!


Outsiders can bring fresh eyes to a situation, if they are open to discussion of a solution. I witnessed a very focused group this weekend, with their agendas planned out. One leader called me today to ask if they made a difference. My first thought was, "if you have to ask, you know you probably didn't". But I told him, that not very many locals were there to hear their message. Many people were afraid of them. Maybe it was a misconception, but maybe the outsiders are having a misconception on what is happening in our town, too. I'm glad there were over 100 people willing to take a stand and march for what they believed. Now I ask Quartzsite residents to take a stand for what YOU believe.


It's time for us to HEAL AS A COMMUNITY! Not what one person thinks is best for another, but the whole community to release their anger and move forward in a positive way, for a Healthy Community!

The people in a healthy community are safe and feel safe,
are well informed, feel that they have the power to make choices,
have lasting bonds with one another, have strong families,
and a sense of meaning in their lives.
Posted by Quartzsite at 11:04 PM