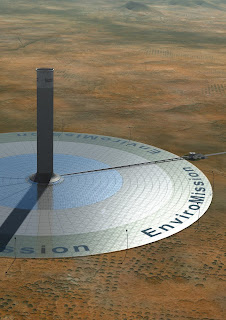 Hensel Phelps has been contracted to provide a Guaranteed Maximum Price and deliver the 200MW Solar Tower power station in La Paz County, Arizona for EnviroMission.

Hensel Phelps, Western District Manager and Vice President, Steve Grauer, stated “Hensel Phelps is excited to be the builder and a collaborative team member for EnviroMission’s unique and innovative Solar Tower in Arizona.”

“Hensel Phelps has assigned a dedicated team to the project and has the Board’s commitment of all corporate resources to support the successful completion of the project and will assume all of our pre-construction expenditures through the close of project financing,” Mr. Grauer said.

EnviroMission CEO, Roger Davey, applauded the appointment of Hensel Phelps as a “project maker!”
“Infrastructure developments of the scale of EnviroMission’s proposed 200MW Solar Tower require such
specialized capabilities and resources as those identified and readily available at Hensel Phelps.
EnviroMission looks forward to working with Hensel Phelps to deliver the world’s first Solar Tower power station in the United States near Quartzsite, Arizona.

Hensel Phelps’ continued commitment to the environment and sustainable projects has resulted in over eighty projects completed or in progress being LEED certified, resulting in the company being recognized as a leader in eco-friendly projects, employing at least 350 LEED Accredited Professionals.

Further information about Hensel Phelps Construction Co. is available at www.henselphelps.com
Posted by Quartzsite at 10:12 PM