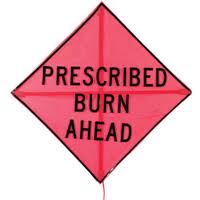 Yuma, Ariz. – The Bureau of Land Management (BLM) plans to burn brush piles in the Sandy Cove area (also known as Hippy Hole) located along the east side of the Colorado River in La Paz County, Arizona.  The site is located immediately east of the Colorado River, two miles west of the community of Cibola, Arizona.  Burning may begin as early as Friday, January 25, 2013, and will continue until all of the piles have been burned.  The start date and time for the burning operation depends on weather and may be delayed until appropriate conditions occur.  The prescribed burning of the piles will be conducted over a 1-4 day period.

There are a total of 9 piles of brush that will be burned in a 14-acre area south of Sandy Cove.

The piles are expected to burn down quickly.  Smoke should disperse out of the area in a short period of time.  Residents should expect some light smoke in the area during the burn operation.

This prescribed burn is a joint venture with BLM, La Paz County, and U.S. Fish and Wildlife Service.

The BLM manages more than 245 million acres of public land – the most of any Federal agency.  This land, known as the National System of Public Lands, is primarily located in 12 Western states, including Alaska.  The BLM also administers 700 million acres of sub-surface mineral estate throughout the nation.  In Fiscal Year (FY) 2011, recreational and other activities on BLM-managed land contributed more than $130 billion to the U.S. economy and supported more than 600,000 American jobs.  The Bureau is also one of a handful of agencies that collects more revenue than it spends.  In FY 2012, nearly $5.7 billion was generated on lands managed by the BLM, which operates on a $1.1 billion budget.  The BLM's multiple-use mission is to sustain the health and productivity of the public lands for the use and enjoyment of present and future generations.  The Bureau accomplishes this by managing such activities as outdoor recreation, livestock grazing, mineral development, and energy production, and by conserving natural, historical, cultural, and other resources on public lands.
Posted by Quartzsite at 6:40 AM