Beware of electronic skimmers at fuel pumps in Quartzsite

Quartzsite, Arizona - The Quartzsite Police Department has taken several reports recently from customers at local gas stations that have been the victim of credit card theft. It appears that customers have been victims of thieves who have probably installed a hard-to-detect electronic device, know as a “skimmer” that is attached to a gas pump. 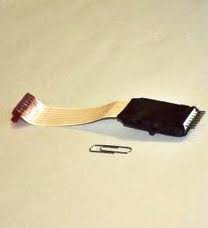 Skimmers are devices that steal credit and debit card information which are placed over what look like
otherwise standard card readers. Criminals can capture PIN and account data and then use the information to counterfeit credit or debit cards in order to drain a victim’s account. Skimmers also are commonly planted in ATMs. The funds are often not taken until several months later making the crime of the actual scam difficult to pinpoint.


The skimming devices can be installed outside or inside the pump, and can be molded and painted to match the machine and are small, making them hard to detect. The devices are typically left on the pump for a short period of time and then later removed by the criminals. There have been increased reports of this type of crime all across the country, and may be the result of more organized criminal gangs.
The best way to avoid falling victim to debit card fraud at the pump is to select “Credit.” That way, you can avoid typing your PIN into the machine and making it available to criminals. Also, it is a good practice to routinely check your bank statements and use credit cards with fraud-protection guarantees to avoid identity theft. Any discrepancies in bank statements should be reported immediately to the bank, police and credit bureaus.


If you believe you have been a victim of this type of crime locally,
please report it to the Quartzsite Police Department at 928-927-4644.

Posted by Quartzsite at 4:08 PM