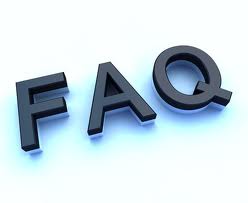 Final Environmental Assessment
The Endangered Species Act (ESA) recognizes that fish, wildlife and plant species have aesthetic, ecological, educational, historical, recreational and scientific value and provides a means to conserve the ecosystems upon which endangered or threatened species depend. Section 10 of the ESA, entitled “Exceptions,” offers an avenue to authorize activities that would otherwise be prohibited. Under section 10(j), the Secretary of the Department of the Interior can designate reintroduced populations established outside the species’ current range as “experimental.”

The following are frequently asked questions and answers on
U.S. Fish and Wildlife Service’s (Service) use of
experimental populations to help recover species:
What action is the Service taking?
The Service is announcing a final rule to establish two non-essential experimental populations of the endangered Sonoran pronghorn under section 10(j) of the ESA. This final rule will set in motion the reintroduction of Sonoran pronghorns to establish up to two new populations as envisioned by the recovery plan.

What are the benefits of reintroducing species?

Reintroductions aid in the recovery of threatened or endangered species. Species with small populations and limited ranges tend to be more vulnerable to perturbations. The Service augments species’ existing population numbers in a variety of situations around the country. When a species’ range has been severely reduced or a significant population extirpated, and we believe the species needs a wider distribution than the current one to achieve the long term resilience and persistence necessary for recovery and delisting, often the only remaining recovery option is reintroduction.

Under a section 10(j) rule, the Service has much more leeway to take local concerns into account when preparing management strategies and thus can avert restrictions on current and future land uses and activities. This flexibility can make a reintroduction process more acceptable to apprehensive stakeholders. The reintroduction process, by its nature, is very inclusive. The Service has seen stronger support for conservation efforts when stakeholders are involved and have a voice in the process.

What is the process for making a decision on reintroducing species?
Any process to reintroduce a threatened or endangered species as “experimental” requires the Service to:

• Compile and analyze all new biological information, including habitat requirements, on the species;

• Review the overall approach to the conservation and recovery of the Sonoran pronghorn in the United States;

• Determine what areas, if any, might require special management or areas that should be excluded from the experimental population area;

• Write a draft environmental assessment and present alternatives to the public for review and comment;

• Review and incorporate any new information or analyses provided through the public input;

• Publish a proposed rule in the Federal Register and solicit comments from the public; and

How do you acquire species for the reintroduction program?
Individuals used to establish an experimental population may come from a donor population, provided their removal will not jeopardize that population, and provided appropriate permits are issued in accordance with Service regulations (50 CFR 17.22) prior to their removal. In many cases, individuals obtained from a donor population are bred in captivity and their offspring are used for the reintroduction.

How does a Nonessential Experimental Population (NEP) designation affect consultations?
Under the ESA, species listed as endangered or threatened are afforded protection primarily through the prohibitions of section 9 and the requirements of section 7. Section 9 of the ESA prohibits the take of endangered wildlife. “Take” is defined by the ESA as harass, harm, pursue, hunt, shoot, wound, kill, trap, capture, collect, or attempt to engage in any such conduct.

Service regulations (50 CFR 17.31) generally extend the prohibition of take to threatened wildlife as well. For purposes of section 9 of the ESA, individual species within a NEP area are treated as threatened regardless of the species’ designation elsewhere in its range.

Section 7 of the ESA outlines the procedures for Federal interagency cooperation to conserve federally listed species and protect designated critical habitats. Section 7(a)(1) requires all Federal agencies to use their authorities to conserve listed species. Section 7(a)(2) requires that Federal agencies consult with the Service before authorizing, funding, or carrying out any activity that would likely jeopardize the continued existence of a listed species or adversely modify its critical habitat.Section 7 of the ESA does not affect activities undertaken on private lands unless they are authorized, funded, permitted, or carried out by a federal agency.

For the purposes of section 7 of the ESA, the Service treats NEPs as threatened species when the NEP is located within a National Wildlife Refuge (NWR) or National Park (NP), and therefore section 7(a)(1) and the consultation requirements of section 7(a)(2) of the ESA apply in NWRs and NPs.

When NEPs are located outside a National Wildlife Refuge or National Park, the Service treats the population as proposed for listing and only two provisions of section 7 would apply: section 7(a)(1) and section 7(a)(4). In these instances, NEPs provide additional flexibility because Federal agencies are not required to consult with the Service under section 7(a)(2). Section 7(a)(4) requires Federal agencies to confer with the Service on actions that are likely to jeopardize the continued existence of a proposed species. The results of a conference are advisory in nature and do not restrict agencies from carrying out, funding, or authorizing activities.

Why reintroduce new Sonoran pronghorn populations?
Historically, both the numbers and range of Sonoran pronghorn in the U.S. and northern Mexico have been severely reduced due to a combination of human activities and natural occurrences. In the drought of 2002, there was a major die off on both sides of the border and the remaining U.S. population was reduced by 83 percent to only 21 animals. A captive breeding facility was established at Cabeza Prieta NWR in 2003 and the Service and its partners have worked to increase the availability of emergency water sources and forage for Sonoran pronghorn.

Consequently the U.S. wild population now stands at 80-90 individuals. However, this population remains both small and restricted in range, making it vulnerable to drought, wildfires, the genetic and demographic problems associated with small populations and a variety of human-caused disturbances. The Service and the Sonoran pronghorn recovery team believe that reestablishment of two additional populations in its historic range will significantly reduced the likelihood of extinction and contribute to the resiliency and persistence necessary to recover Sonoran pronghorn so that they no longer need the protections of the ESA and can be delisted.

Will the experimental population impede on any local border security operations?
We do not expect that an experimental population will impede any border security operations. The first population to be established under this rule will be on the Kofa National Wildlife Refuge. Kofa is not in close proximity to the international border and is not regularly patrolled by US Customs and Border Protection.

Furthermore, potential release of Sonoran pronghorn into BMGR-East, which does occupy lands adjacent to the international border, would only occur after the Service has achieved strongly positive results from the agency’s recovery efforts. The Service does not anticipate reaching that point for at least 5 years and probably longer.

The Service and US Customs and Border Protection have a positive working relationship along the southern border and we do not anticipate establishment of a non-essential, experimental population of Sonoran pronghorn on BMGR-East will create any impediments to border security efforts. The Service is committed to continuing to coordinate closely with U.S. Customs and Border Protection and other partners before implementing release of Sonoran pronghorns.

Where can I get more information?
The full descriptions of the release plans and locations, environmental assessment, Finding of No Significant Impact (NEPA) and experimental population rule are available at http://www.fws.gov/southwest/es/Library/ or http://www.fws.gov/southwest/es/arizona/Sonoran_Pronghorn.htm or by contacting the Refuge Manager, Cabeza Prieta National Wildlife Refuge, 1611 N. Second Ave., Ajo, AZ 85321, Telephone 520-387-6483.