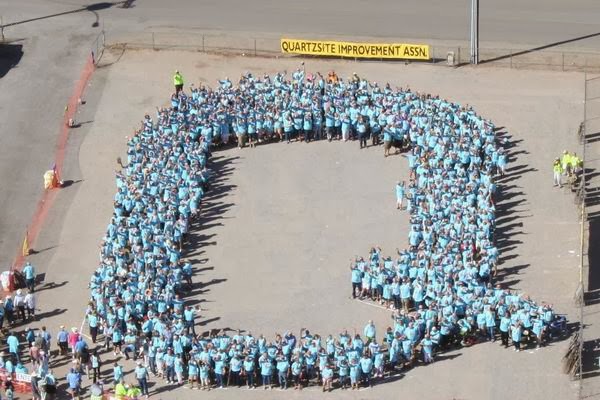 
"We are delighted to confirm that you have successfully achieved a new GUINNESS WORLD RECORDS title for ’Largest human letter’.


We would like to congratulate you on your record-breaking achievement.
You are OFFICIALLY AMAZING!"

As The GRAND Gathering is now a committee under the QIA, the QIA now holds the oficial record through John Hendrix, the inspiration behind The GRAND Gathering. John, a QIA member, suggested the idea last year and from there it blossomed into a fantastic weekend with the culmination of the “Largest Human Letter Q” taking place.

For everyone who took part in the successful record attempt, Guinness offers the Certificate of Participation. All participants can purchase their own official Guinness World Records Certificates of Participation via the store online. Participants will need a special ID and code. To order, visit www.TheGrandGathering.com or www.qiaarizona.org.


Also check out the Facebook Page for more photos and info on ordering: www.Facebook.com/TheGrandGathering.

Posted by Quartzsite at 9:35 AM