“Imitation is the sincerest form of flattery,
but theft is a sin.” ― Elena 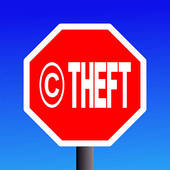 Imitation is the sincerest form of flattery… Sounds good, right? But how does a person deal with a competitor stealing Copyrighted advertising materials? Well, my first emotional response was naturally that of anger; but then the moment arrived when I was able to turn that anger into constructive action and this

In an effort to support transparency, and demand true justice in Quartzsite, I believe we must hold ourselves and others accountable for what we are doing in our community. So, allow me to shed some light on the subject ….

In the October 20, 2012 issue of The Desert Freedom Press, there are a minimum of five (5) Display Ads I personally designed for my clients which were printed without my permission. The publisher, Jennifer “Jade” Jones, who still operates without a current Quartzsite business license, evidently chose to ignore or outright violate the Copyright Notice published in each and every issue of the Desert Messenger as well as General Advertising Policies posted online at www.DesertMessenger.com.

Desert Messenger’s General Policies, page 2, of 2012-2013 Advertising Rate Card states, “All advertising copy, photos and illustrations prepared by the Desert Messenger are the property of the Desert Messenger and may not be reproduced for other use without prior approval in writing. Graphic Design Services, special requests, preparing ads for other publications, or excessive changes from ordered proofs may result in additional charges at $40 per hour.”

Over the past four years, I have developed professional working relationships with local newspapers near Quartzsite. We cooperate with each other in a professional manner, sharing ad creatives with the expressed written permission from our clients. However, that has never been the case with Jones.

The theft of copyrighted material and lies has been an ongoing issue in Jones’ tabloid since the very first edition. However, the occurrences of Desert Messenger Copyright Protected display ads appearing in her paper have recently increased.

Now, before Jones responds accusing me of libeling her “good name”, I can provide dated emails containing the ad proofs I provided to my clients. Obviously I designed the ads long before her publication was printed! So, if she were to publicly apologize for the theft of copyrighted material, I would be open to accepting her apology along with a change in her behavior. However, more likely than not, Jones will find some minor flaws in my words, tear apart some legal technicality or try to make it all my fault for allowing her to steal my work. Or maybe she’ll say ALL FIVE of those advertisers instructed her to steal the ads from me! Yeah, right! All in attempt to detract from taking responsibility for her actions.

I could spent hours shrink wrapping every ad to slow down the process of future theft attempts, or include watermarks on every page online. However, I feel it is important for the readers of Desert Messenger to have unlimited, unobstructed, access to the online edition. I could spend much of my time trying to thwart the inevitable theft of ads from a publisher who continues to operate her business without a license. But with much of Jones' tabloid design being a total imitation of Quartzsite's Desert Messenger, one only has to conclude Desert Messenger is the envy of her every action.

Silence is not golden when it comes to theft, cyber-bulling, or intimidation. I have remained silent on many serious issues regarding Jennifer Jones. But the time has come to speak up. I doubt I would find any small business owner who would allow the theft of their merchandise to go unreported.

But theft aside, when someone "lifts" a piece of work from an Internet site and includes it in print, the quality seriously deteriorates. If an ad cannot be read, it's totally useless and the advertiser should not pay for it. It would benefit every advertiser to have their ad created for them by each publication - or to cooperate with local media reps to receive a proper version of their ad, alleviating the issue completely.

To put things into perspective:
the fact that Jones would rather steal my ads than create her own design work,
only shows me how well the ads were designed;
and that advertising in the Desert Messenger
REALLY works!

Every perceived negative situation can be transformed into a Positive one!

So Mrs. Jones… I say... Thank you for the compliments!

To summarize the problematic issues of envy,

“Never trust anyone who wants what you’ve got.
Friend or no, envy is an overwhelming emotion.”
– Eubie Blake

Posted by Quartzsite at 6:08 PM