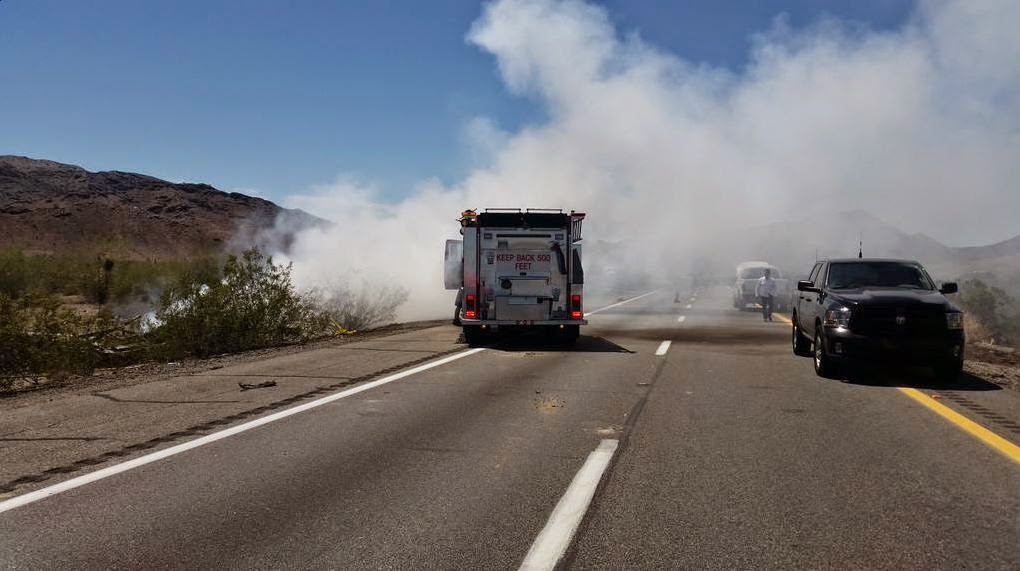 According to Arizona Department of Public Safety (DPS), Robert Bennett, 31, of Quartzsite, drove westbound in the eastbound lanes of I-10 hitting a semi truck head-on. Bennett was killed in the crash and the semi truck driver, identified as Julio Godinez, 58, of Hialeah, Florida, suffered minor injuries.

Earlier that day, Quartzsite Police Department, had responded to a domestic violence call involving Bennett. According to law enforcement reports, Bennett left the scene of that incident. Quartzsite Police followed but called off the chase before Bennett drove west on the eastbound lanes of the freeway.

The Arizona Department of Public Safety's Vehicular Crimes Unit is investigating the crash. The investigation is in the early stages but detectives will look into the events leading up to the crash.

Interstate 10, eastbound, was closed at Exit 1 (Ehrenberg) in Arizona, backing traffic up for miles into Blythe, California. The freeway reopened around 6:40 p.m., Sunday night.

Posted by Quartzsite at 1:53 PM