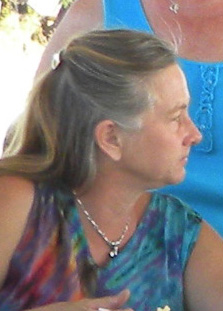 On Thursday, Sept. 8, 2011 Jennifer Jones filed a legal challenge to the mayoral recall election. Papers were filed in the La Paz County Superior Court in Parker, Ariz. In the recall election held Aug. 30, Jose Lizarraga received 302 votes,  Ed Foster garnered 245 votes, and Jennifer Jones received 23.
In a press release issued on Sept. 8th, Jones claims Lizarraga is not qualified to be mayor under Section 2-1-10 of the Town Code (Ordinance 9-15).
Jones asserts that Lizarraga violated the state of Arizona’s open meeting laws in his position as a councilperson and that he thwarted Mayor Ed Foster’s investigation into wrongdoing by the council, among other accusations. She is asking the court to find Lizarraga ineligible for office, and designate Ed Foster as the winner of the election.


According to the press release, “Lizarraga has until 5pm Wednesday, September 14th, to file a response with the court. The civil case is between private parties Jones and Lizarraga, so town attorney(s) may not represent the newly elected mayor. Jones filed "in pro per", and will represent herself.”

Posted by Quartzsite at 5:32 PM