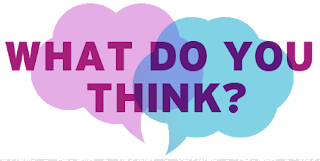 The La Paz County Board of Supervisors requests immediate input from the public, local environmental organizations, tourism/recreation focused businesses and other stakeholders to comment on ways that La Paz County can better benefit from the multitude of federal actions that continue to deteriorate the County’s limited tax base. Projects under federal ownership have a history of contributing little towards the County’s financial vitality yet they still require services paid for by taxpayers including fire, police and other social services. The Board of Supervisors seeks local support in demanding additional revenue streams from all governmental or commercial entities benefiting financially from the County’s finite resources to ensure that such projects are fairly contributing to a sustainable environmental or economic future for La Paz County.

The Board of Supervisors seek constituent written or emailed comments prior to the BLM hosted community meeting on June 14 in Quartzsite to discuss social and economic impacts specifically related to the Ten West Link, a large transmission line that has been proposed by a California regulatory entity to bisect one hundred miles through the center of La Paz County to connect a substation in Maricopa County with one outside of Blythe CA.  The $300 million proposed transmission line comes shortly after the BLM proposed a Solar Entitlement Zone (SEZ) that designates thousands of federal acres east of Brenda to host a solar project for the federal governments’ benefit --- property identified to support future residential growth.  In addition, the US military has requested several hundred acres be added to the Yuma Proving Grounds. And without any communication with local stakeholders, the Bill Williams River area was recently removed by the federal government from the tax base with current efforts to isolate the area from recreational use.

La Paz County Board of Supervisors is requesting cooperation from the State of Arizona’s congressional delegation as well as State legislators to assist the County in enacting legislation whereby BLM would deed some of the 70% plus land owned by the Federal Government for local ownership to support economic development.  In return, La Paz County could lease some of the property and participate in the revenue generated from renewable energy projects instead of receiving little to nothing for the resulting negative impacts created.  A location where this approach has worked has been in the City of Boulder in Nevada that expects to receive more than $600 million in local revenues from over several solar projects’ expected lifetimes for leases on property deeded to them by the BLM.

Proponents of proposed renewable energy projects within La Paz County tout jobs and multiplier effects from services purchased locally. But research has shown that most of the construction jobs with these projects are temporary with unionized workers being bused in from California.  Full time jobs are few. Cheap energy is delivered to California but not available locally.  Taxes are collected on expensive services and equipment but typically at California Ports outside of our jurisdiction.  While only minimal amounts of goods and services are purchased locally in the form of hotels or products. The negative impacts from these massive projects will forever change our desert aesthetics with impacts potentially including noise, safety concerns, possible health impacts and changes to allowed recreational use which may lead to the removal of land for residential, commercial or industrial development.

Plan to attend the meeting in