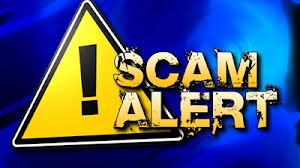 Natural disasters often result in predatory consumer scams popping up nationwide, and Arizona consumers need to be alert to those potential schemes, Attorney General Tom Horne said today.
“One of the more unfortunate consequences of natural disasters such as Hurricane Sandy is that scammers make their move in an effort to defraud consumers,” Horne said. “Generosity runs deep among Americans and when a crisis hits, even one that’s more than 2000 miles away, Arizonans have a great tradition of responding. Therefore, I am cautioning all Arizonans that when they give to a relief agency, they make sure they are giving to an established and responsible organization.”
Here are some consumer tips for charitable giving:
More information on how to protect yourself from charitable scams is available here:http://www.azag.gov/consumer/CharityScams.pdf
Posted by Quartzsite at 11:33 AM