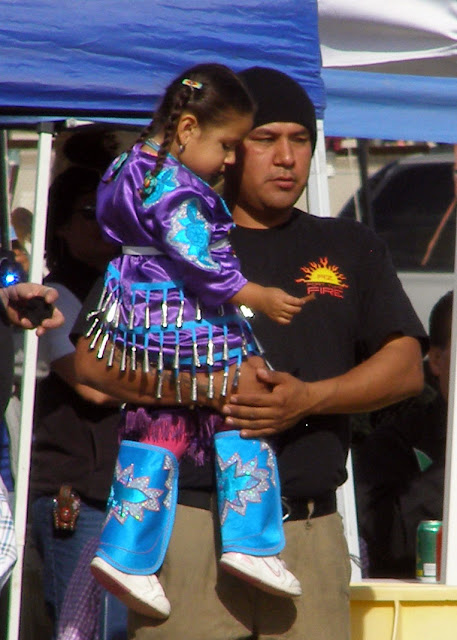 Anthony Ramon Polk, a firefighter for Quechan Tribe and a resident of Yuma, AZ would have been 31 on his birthday, June 22, this year. He died June 8 in a one-vehicle accident while on assignment at the Montezuma Fire.

An enrolled member of the San Carlos Apache and a descendant of the Quechan Tribe of Fort Yuma. Family descendant of the Carr, Pasqual, Sahenti, Escalanti and Polk families, Anthony’s given names are: “Two Feathers” and “Morning Dancer at Sunrise.” Anthony participated in powwows and traditional ceremonies as a singer and grass dancer.  He was an avid sports enthusiast and played a variety of sports. A graduate of San Pasqual High School in 1999, Anthony attended one year of college at Haskell Indian College in Lawrence, KS in 2000.

He served 10 years with the Bureau of Indian Affairs at the Fort Yuma Agency where he became a leader of the Prescribed Fire Operations/Fuels Program. He was a Firing Boss and Incident Commander Type 4 as well as an Engine Boss, and training to be a Fire Investigator and a Burn Boss. He worked with several organizations including U.S. Customs and Border Protection, Bureau of Land Management, Bureau of Reclamation, Fish and Wildlife Service and local fire departments throughout the area in the fuels program.

He is survived by his daughter, Aiyana Polk, his mother, Ramona Villa, grandmother, Lucinda Polk, siblings, Manual, Alex and Raquiel Villa, and numerous relatives and friends.

His parents are Ramona Polk Villa and Benjamin Villa of Yuma; grandparents are Lucinda Escalanti Polk and the late Raphael Bradley Polk, Sr. He was preceded in death by Grandmother Vicenta Villa and Grandfather Manual Martinez and his Aunt Mancy Triste.

Anthony was most known for his outgoing, caring, friendly personality and good sense of humor. He enjoyed fishing, cooking, and being with family. He devoted all his energy to making his daughter happy.

PHOTO: Anthony with his daughter, Aiyana, at Quechan Powwow.
Photo provided by Fort Yuma Agency.
Posted by Quartzsite at 1:55 PM