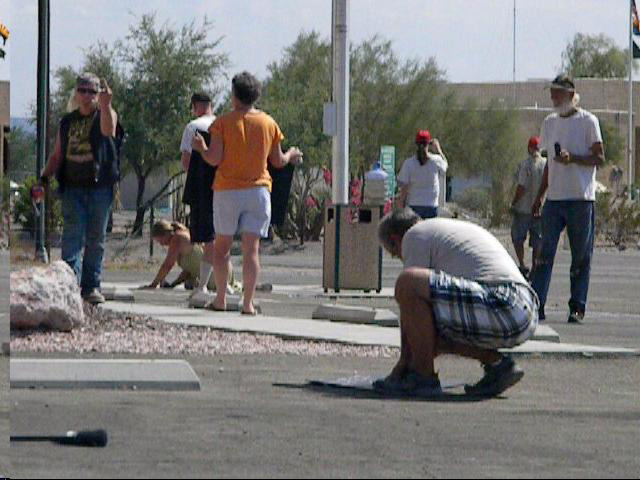 A small group gathered at La Paz County Justice Court today to express their freedom of speech rights. Under a dozen people showed up for the National Chalk the Police Day in Quartzsite. Quartzsite Police Department officers were waiting for them at Town Hall. As Contributing Photographer, Starr, and I arrived on the scene, this was the welcome gesture of free speech given.

(People in the photo were not chalking on the ground, but rather on black poster boards). Chalking was performed, as shown on Internet videos, by Michael Roth and Dana Stadler, who were also arrested last week.

The group was organized on Facebook by Kelly James, who stated, "I want to observe National Chalking Day in Qtown at the Police Department / Town Hall in protest of terminations of the Qtown 8"