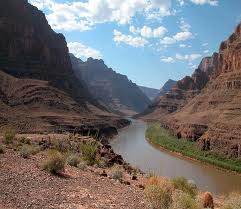 Washington, D.C. – Rep. Raúl M. Grijalva, who recently introduced HR 855 to set aside approximately 1 million acres around the Grand Canyon from mining claims, is urging members of the public to attend a series of upcoming meetings around Arizona to discuss the Canyon’s fate with Bureau of Land Management (BLM) officials. Grijalva has led the fight in Congress to preserve the Grand Canyon from potential uranium mining.

“This is our chance to make sure conservation doesn’t just become a fond memory or a word without a meaning,” Grijalva said. “Preserving the beauty of the American West is a full-time job and can’t be taken for granted. Opening land around the Grand Canyon to uranium mining would set a horrible precedent that we could never undo, and I hope to see the public speak its mind over this next month about how important conservation still is to all of us and to our future generations.”

The land is in three parcels: two are north of the Grand Canyon National Park on BLM Arizona Strip and Kaibab National Forest lands, and one is south of the Grand Canyon in the Kaibab National Forest. The Department of the Interior is accepting public comments until April 4 on which of four proposed policies it should implement in the affected locations. Those options include:

Public meetings to discuss these options will take place next week in Phoenix, Flagstaff, and Fredonia, Ariz. Each meeting listed below will last from 6:00 p.m. - 8:30 p.m.

For those who cannot attend, comments must be in writing and should be mailed to Bureau of Land Management, Arizona Strip District, 345 East Riverside Drive, St. George, UT 84790, or e-mailed to NAZproposedwithdrawal@azblm.org. More information is available at http://www.blm.gov/az/st/en/prog/mining/timeout.html or (435) 688-3200.
Posted by Quartzsite at 11:03 AM