Storm aftermath and the cleanup begins!

In the afternoon, there was a wonderful babbling brook on Tyson Road. The water gently ran over the boulders 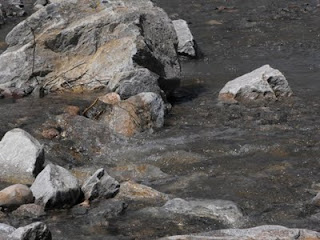 and the sound was sweet. Below is a large piece of pavement missing from Tyson Road. 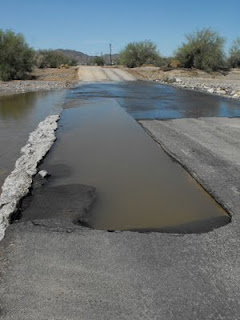 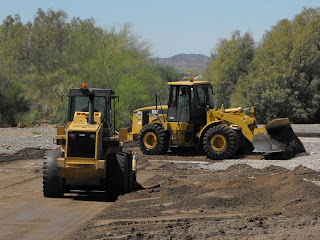 The day after the big storm found Kuehn, Quail Trail and Tyson roads unpassable. Tons of sand covered Kuehen, however crews from the town and La Paz County quickly began clearing the roads. Quail Trail has the most damage, as a large section of the road disappeared.

By 7am, Acting Mayor Wes Huntley, and Interim Town Manager Alex Taft were on the scene and making decisions. Some smaller roads also received damage, but are usable. There was still water running on the roads, so folks had to use Main Street to get from east to west.

Posted by Quartzsite at 5:24 PM